The vampires of legal writing 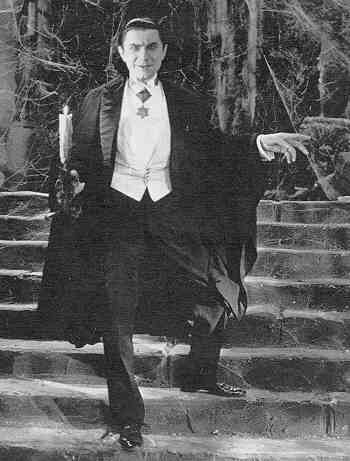 I’ve been known to preach against over-reliance on forms, because the practice tends to perpetuate bad legal writing. The following article (PDF version here) is my latest word on the topic.

The Vampires of Legal Writing 1

“The world changes. We do not.” So says Armand in the movie version of Anne Rice’s Interview with the Vampire. His words are an apt description of boilerplate forms, the vampires of legal writing. Law and court rules change. Institutions and language continually evolve. Meanwhile, forms are passed on, unchanged, from one generation of lawyers to the next. As a result, undead words and phrases like “witnesseth” and “wherefore, premises considered” are perpetuated into the 21st century, like Lestat sporting 18th century garb while stalking his modern-day victims.

The problem really isn’t with forms themselves. A good set of forms, properly used, can save time and serve as helpful guides. The problems arise with what contract-drafting guru Ken Adams calls “uncritical regurgitation”—the slavish adherence to poor or obsolete forms. Here are some tips for reaping the benefits of forms while avoiding the problems that over-reliance on them can cause.

When I first started practicing law, I created my own form file by copying forms from a mid-level partner, who in turn had copied his forms from a senior partner. I had no idea who originally wrote these things or what rules they were intended to comply with. So I had no assurance that these forms were giving me proper guidance.

The solution to this problem is simple: use good, reliable forms. For pleadings, Bryan A. Garner recommends the appendix to the Federal Rules of Civil Procedure and Federal Trial Forms by Michol O’Connor. Bryan A. Garner, The Redbook § 17.4(a) (2002). You may also want to look at the DRI Defense Practice Form Book, a recent addition to the DRI Defense Library Series. To find it, go to www.dri.org and click on the “Bookstore” tab. For appellate briefs, see whether the appellate-court clerk’s office has sample briefs that are recommended as models.

Ultimately, the best forms for your practice will be those you develop yourself. When you have created the form, you will have less temptation to follow it uncritically. You will know why every word is included and when a word should be altered or discarded.

The biggest problem with forms is their resistance to change—the vampire problem described above. Writer and editor Roy Jacobsen described the problem well: “All too often, [a boilerplate form] just gets passed along from year to year, and nobody asks whether it’s written well, whether it conveys the message well, or even whether it conveys the right message to begin with.” Roy Jacobsen, Writing, Clear and Simple, http://rmjacobsen.squarespace.com/ (Oct. 2, 2007).

Jacobsen suggests a good solution to the vampire problem: “[P]ut an expiration date on all of your boilerplate. When it reaches that date, stop using it. Take a long hard look at it and ask yourself if it needs cleaning up or revising. And maybe you’ll decide that you should toss it in the dustbin and start fresh.” Id. In litigation practice, I recommend an expiration date of one year from creation. The expiration date should coincide with the usual effective date of new statutes or court rules in your jurisdiction.

Many lawyers mistakenly believe that the language in a form is sacrosanct. As Garner observes, they “are afraid to change the forms because they seem to enshrine an untouchable dialect.” Garner § 20.3(f). But in fact, there are many reasons to question every word and phrase in a form. The form itself may be poorly written. Or the law the form was intended to comply with may have changed.

Every now and then, reinvent the wheel

The surest way to avoid misusing forms is not to use them at all. This may be impractical advice for rote writing. But how much of a defense lawyer’s writing is truly rote?

Take something as simple as an answer in an automobile-accident case. The defense lawyer may  plead an affirmative defense only if the defense rests on a reasonable belief formed after reasonable inquiry. To throw in, say, a boilerplate allegation of contributory negligence or failure to mitigate damages without a reasonable basis for alleging those defenses is to invite a sanction. See, e.g., Gargin v. Morrell, 133 F.R.D. 504 (E.D. Mich. 1991). How less rote than an answer in a fender-bender case are most of the things we write?

Starting every writing project from scratch may seem like an exercise in reinventing the wheel. But if you never reinvent the wheel every now and then, you’ll never improve on it. And if you never change the way you write things, you’ll never grow as a writer.

The vampires of legal writing

I’ve been known to preach against over-reliance on forms, because the practice tends to perpetuate bad legal writing. The following article (PDF version here) is my latest word on the topic.