Which explains my aptitude

Today’s installment of Garner’s Usage Tip of the Day carried this quotable quote:

“It cannot be emphasized too strongly that balanced, well-adjusted, stable and secure people do not, on the whole, make good writers ....”

The Louisiana State Bar Association is presenting an appellate seminar this Friday, March 28, in New Orleans, at the Sheraton on Canal Street. The theme of the seminar is “Views From the Inside.” The people providing the insider’s view will include the clerks of all Louisiana state appellate courts (including the Louisiana Supreme Court), plus at least one judge from each court. The program is here; and the registration form is here.

The most beautiful sentence I’ve ever read

On Good Friday last year, I posted this on my other blog. I thought I’d run it here this year. 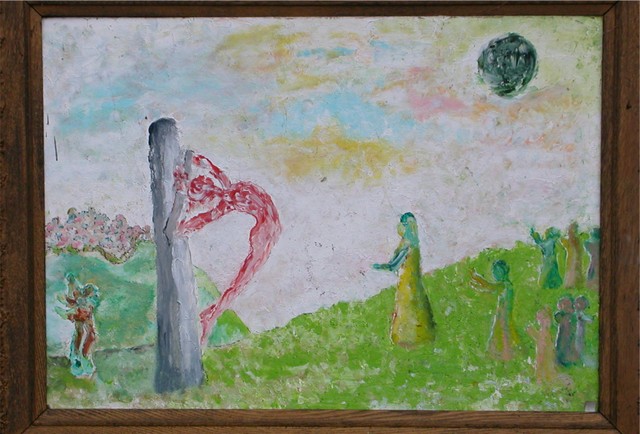 “There is still something to me almost incredible in the idea of a young Galilean peasant imagining that he could bear on his own shoulders the burden of the entire world; all that had already been done and suffered, and all that was yet to be done and suffered: the sins of Nero, of Caesar Borgia, of Alexander VI., and of him who was Emperor of Rome and Priest of the Sun: the sufferings of those whose names are legion and whose dwelling is among the tombs: oppressed nationalities, factory children, thieves, people in prison, outcasts, those who are dumb under oppression and whose silence is heard only of God; and not merely imagining this but actually achieving it, so that at the present moment all who come in contact with his personality, even though they may neither bow to his altar nor kneel before his priest, in some way find that the ugliness of their sin is taken away and the beauty of their sorrow revealed to them.”

ChangingMinds.org is a web site covering “all aspects of how we change what others think, believe, feel and do.” Go there and wander around a bit; you’ll probably learn something you didn’t know. (Hat tip: Visual Thesaurus.)

If you’d like to succeed William F. Buckley Jr., find out whether you’re up to the task by taking Brad Schorr’s World’s Hardest Vocabulary Test. Brad lists 57 words and will give you an A+ if you know 20 of them. Good luck, and prepare to be humbled.

A glitch in the feed

Today I noticed a glitch in this blog’s RSS feed: my Bloglines reader was picking up somebody else’s blog. The problem cleared up when I unsubscribed and resubscribed to this URL:
http://feeds.feedburner.com/typepad/raymondpward/newlegalwriter

If you noticed the same problem, please send me an e-mail, and let me know whether you’re using Bloglines to read the feed.

Evan Schaeffer provides an interesting suggestion for recording notes to himself in a draft: Drop a footnote, “to add a note to [your]self about questions or revisions, or as a placeholder for a digression that can later be moved to another point in the brief.”

Here are some excellent tips on revision by the SAGES Peer Writing Crew, a group of undergraduate writing tutors at Case Western Reserve University. Though these tips were written for undergrads, they work equally well for lawyers and others who write for a living.

The right tool for the job

Here is an article I wrote for the Winter 2008 issue of Certworthy about selecting the right font for a writing project. The skinny version:

Posted at 07:32 AM in Articles by me, Typography and document design | Permalink | Comments (2)